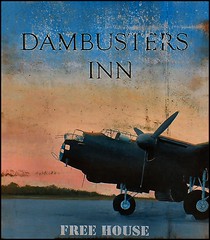 What is the easiest qualification route for the ITU AG World Duathlon Championships in Ottawa 2013?

Well the answer is easy. Just do the 115% of the winner’s time at any of the qualifiers:
• Dambuster Duathlon 9 March 2013
• Clumber Park Duathlon 23 March 2013
• Cambridge Duathlon 14 April 2013
I strongly suspect that such a performance will guarantee you a place in any group because the distance to travel to the finals will put many off from going from the UK.
The Dambuster is also the GB champs so the winning time there is likely to be the best of the 3 qualifiers. Hence the hardest to get the 115% time.
The slowest winning times I would suspect will be at Cambridge.
Cambridge I presume is a fairly flat course. Clumber Park is more undulating – so assess that against your run/bike weaknesses. Also consider the probably non-standard distances at Cambridge which may or may not favour you.
Good luck! Though it should simply be a matter of doing the time not luck!

One thought on “What is the easiest qualification route for the ITU AG World Duathlon Championships in Ottawa 2013?”