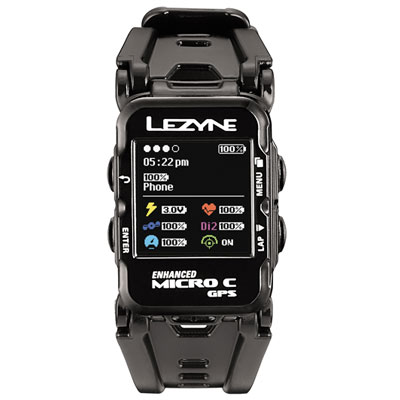 Lezyne make some interesting devices and I reviewed the super GPS cycling computer a while back with a relatively recent update to the review <here>.

One of their more interesting models (that I haven’t had hands-on time with) is the wrist-based Enhanced Micro C – colour GPS watch – as shown to the right (it has TBT navigation and STRAVA segments). An interesting format for a running watch from what started out as a cycling device.

I do like the Super GPS and, indeed, actually use it. It is a little quirky in terms of the menus, buttons and setup but once that’s done it’s mostly good-to-go with little going wrong.

What I have a gripe about is the customer service

Essentially there isn’t any. Or at least that’s how it seems.

Essentially I thought I was going more crazy than normal and was convinced, for probably over a year, that my power meter WHICH WAS CORRECTLY PAIRED BY ANT ID was actually sometimes being ignored and it was pairing to whoever-I-was-riding-with’s PM at the time.

With the advent of the newer models superseding the Super-GPS I imagined that firmware updates from this small company may have taken an understandable backseat.

Well today, here comes a firmware upgrade finally sorting out what is a relatively serious bug AFTER A YEAR. C’mon guys at least communicate- and yes I am sure hidden on a page somewhere on the blog there is some reference.