Cyclinganalytics.com has announced an update to their cycling analytical software with a  new training load chart (above, nice) and a new CP curve; I think the one below – but, for example, also showing your CP curve compared to the male/female populations ie which centile you are on. Also some other new stuff on the link including the addition of optional RPE. Have a look. 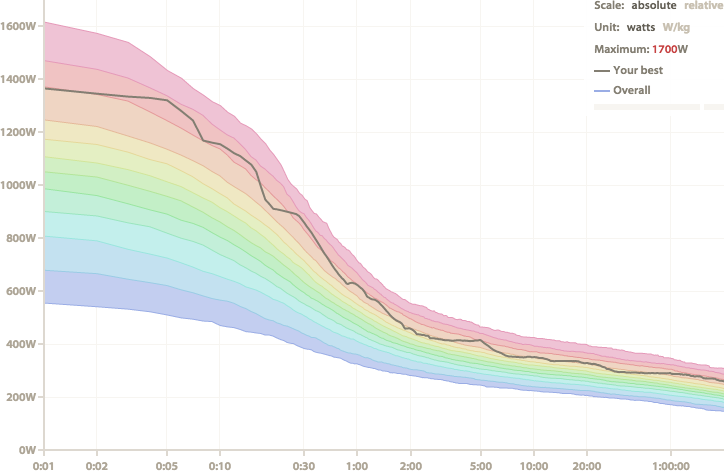