Not all cycling apps or cycling computer manufacturers have a scale of business where they can truly leverage your past rides to deliver popularity routing on a global scale. Garmin and STRAVA are clearly companies that CAN do that…but so can RwGPS who have over half a million Andoird app installs alone. Indeed, RwGPS claim to have looked at over 13 million rides covering 427 million miles in order to develop the logic behind this update.

RwGPS want us to think of popularity routing as somewhat secondary to SAFETY and DISTANCE, in fact, more like a tie-breaker when choosing between two segments in a route. In the diagram below RwGPS would normally route you over the seemingly safer RED route that is a little further, however, the new popularity routing instead keeps you on the main road because, simply, that’s where everyone else cycles.

A: Now, it should just work already. 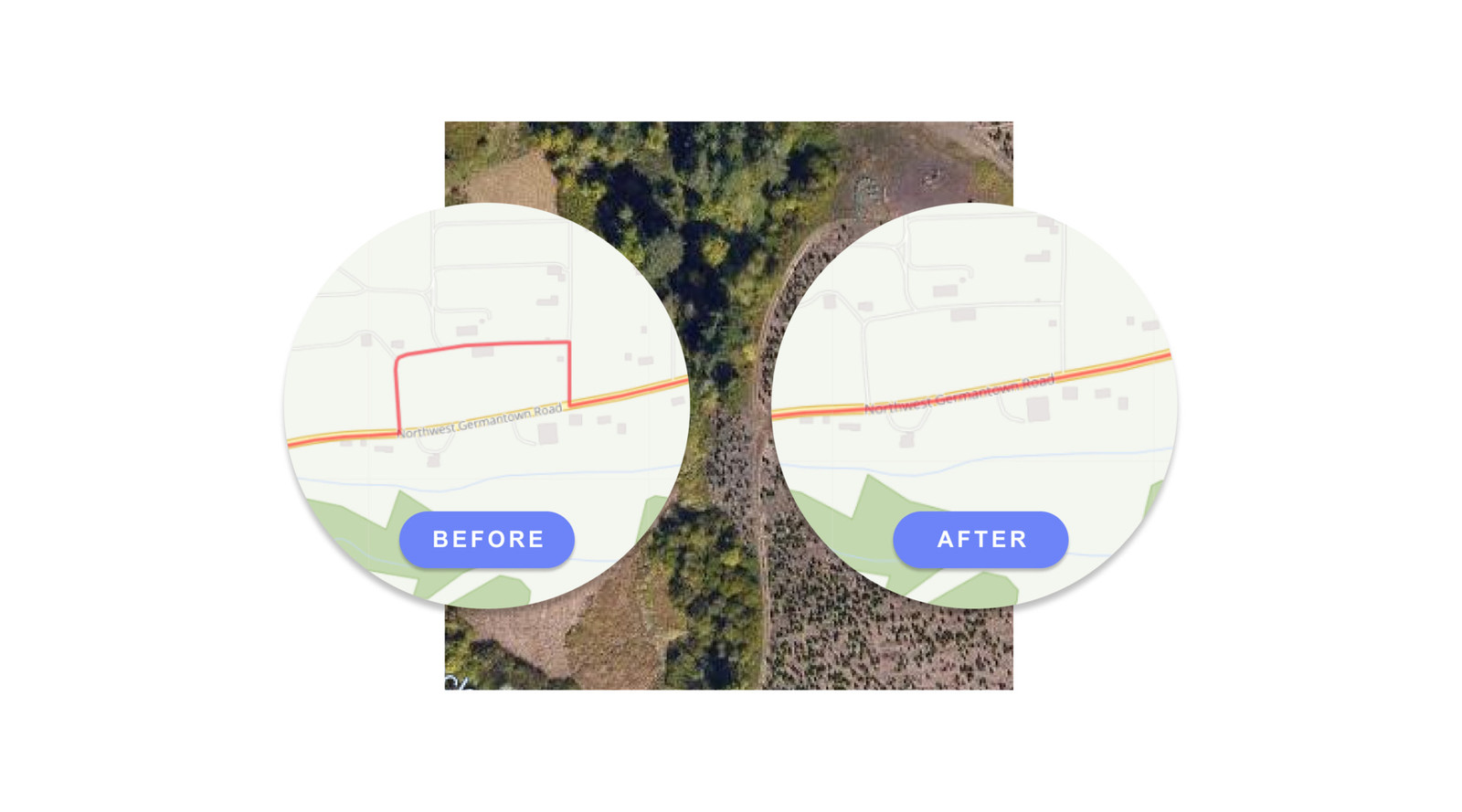