It’s all well-and-good to use STRYD to moderate or cap your uphill efforts. The flip-side is that you have to then run faster when the downhills come. A recent firmware update (May 2017, version 1.1.2) included some of STRYD’s latest work into braking impact on downhill segments.

Put another way: it’s now more accurate for the downhill bits. A few of us had suspected as much, but it’s good to see the product continually refining its model.

I particularly remember a club-HM where I got some very strange looks as I apparently slowed down lots, according to fellow runners, while they surged forwards up the hill. Then the strange looks returned as I went at a rather break-neck speed on the downhill bits. I actually did beat all the people in that group on the day FWIW. The downhill speeds I hit DID seem too fast at the time but it seemed to work in that experiment with a sample size of 1 (me!).

I think, but don’t know, that downhill speeds required to hit the target pace level will now NOT be as high as they were previously with the introduction of firmware v1.1.2

TIP: For those of you looking to upgrade to the new firmware to take advantage of the improved algorithm, double check version numbers. I typically use Android and it always said I had the latest version when I hadn’t. In the end I used iOS to upgrade the firmware

Then we have the new STRYD Power Race CIQ App. This is a standalone app (not a data field) which works around some of the limitations of the Garmin environment for STRYD. For example previously you could not have power alerts with a Garmin watch (although you can with other watch vendors and STRYD) and neither could you determine LAP POWER info. So the POWER-RACE CIQ app is a GREAT way around this for steady state efforts – training- or race-related rather than intervals. There are a few screen shots of the app below but essentially key power and other data are presented in the app and it beeps when you go over/under a high/low power target. There’s also a customised lap screen. Cool.

An updated STRYD review  is (here) with some of these additions included.

I was only previously aware of Jim Vance’s POWER RUNNING book. Now it looks like there is another, this time from van Megen and van Dijk. No prizes for guessing their nationality.

I shall have to have a leaf thought it at some point and examine their take on the Pa in their model, below. I’m not sure if STRYD includes that? 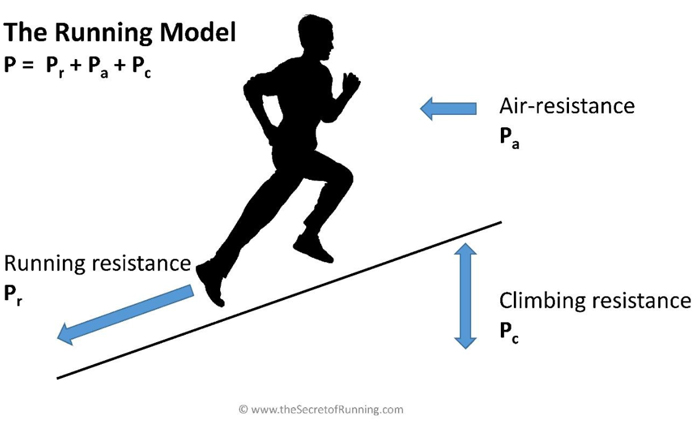 STRYD also seem to be working a lot on their backend (painful) as well as their apps. I find the POWERCENTER platform works best in FIREFOX (I’m a Microsoft IE user normally for all my sins). The PowerCentre is a little slow sometimes but generally worth the wait. I tend to use it periodically when I want to look at running power stuff in a bit more detail (no surprises there!!). Normally I would use SportTracks desktop but that’s not so great for running power data. Sometimes I also use golden Cheetah’s CP curve but the PowerCentre one, below, is pretty similar.

I wasn’t going to mention this part of PowerCenter now but it ‘struck my fancy’. I told STRYD POWERCENTER I was doing a Marathon (really Ironman..but same thing) and it works out where I need to spend my time in zone. Luckily (or by cunning design), I seem to be right on track. Although it doesn’t feel like it as I had YET ANOTHER nap this afternoon.

Then there are THREE interesting personal TREND insights. 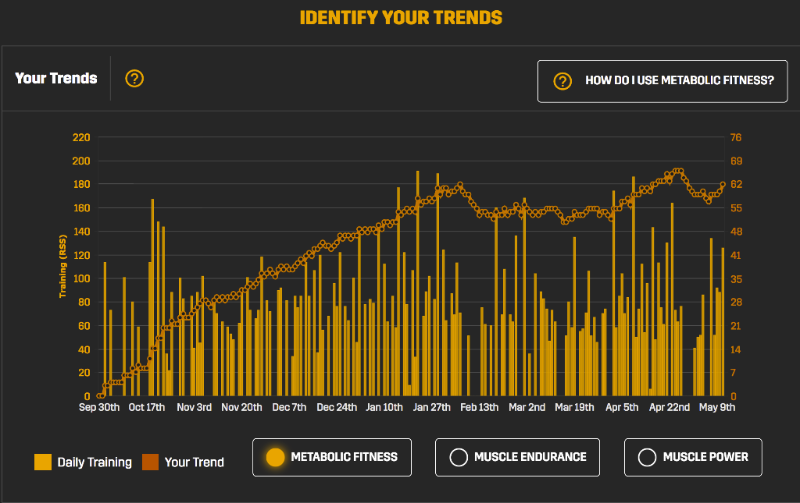 This looks at your max 10-second power output per run. IMO, vet athletes might want to pay particularly close attention to this metric. But we could all see this as a proxy for running economy. 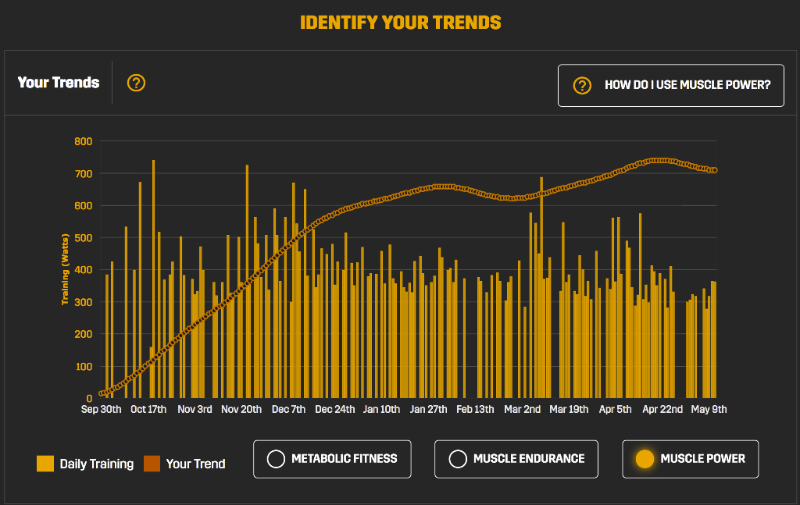 The trend line looks for your weekly best run in terms of the TRAINNIG LOAD for each run.Again, one to get higher if you are training for longer distance races. 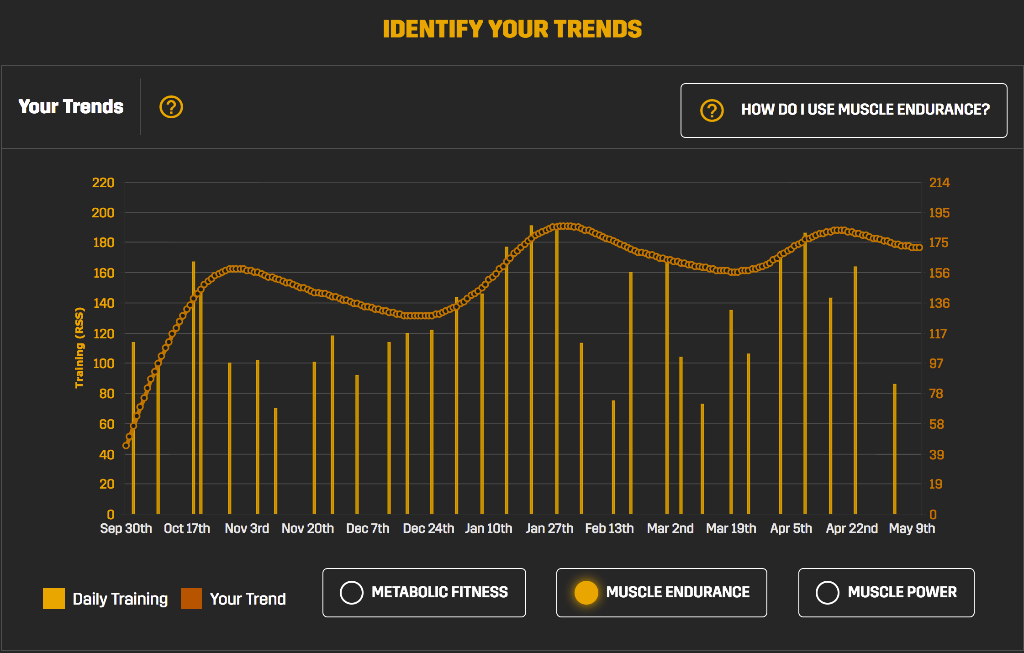 I partner directly with STRYD in the USA and their distributor New Running Gear in the EU.