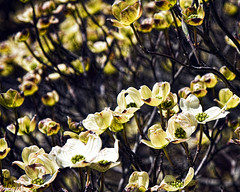 I needed a feel-good session today and for some bizarre reason my plan has 1 minute intervals with 2 min recovery. That’s a lot of speed and a lot of recovery, perhaps too much. Anyway I went faster than ever sneaking in quite a few minutes at 3 min/km pace… awesome. I just have to string together 15 of them in a row! (hmm, maybe not).

Anyway, it’s good for a change to be able to complete a fast session at a faster than expected speed.

Last night I also doubled up my bike session so rather than 2x 15 min I had 2x 30 which is also more like what I have to do in April, effort wise. Not a fast one as such but based on heart rate enough to get the sweat rolling of whilst half naked outside in the freezing winter night weather! (2x 15 minutes? blimey I’m going to have to look at that a bit).

Then for good measure, last night, I hosed the bike down and popped on my shoes and did a sneaky little 2k @ 4 min/km, sorted.

The only downside to last night was that, as I stretched down, the muscle cramps returned (EAMC) in places that have not previously experienced the delights of EAMC. I was just able to hold off getting full blown cramp so a big relief there. In a way it was good to get to that point as EAMC to me is a symptom that my body is doing something it’s not used to, and so by the act of doing it, training it, it becomes less likely to happen in the future. Good